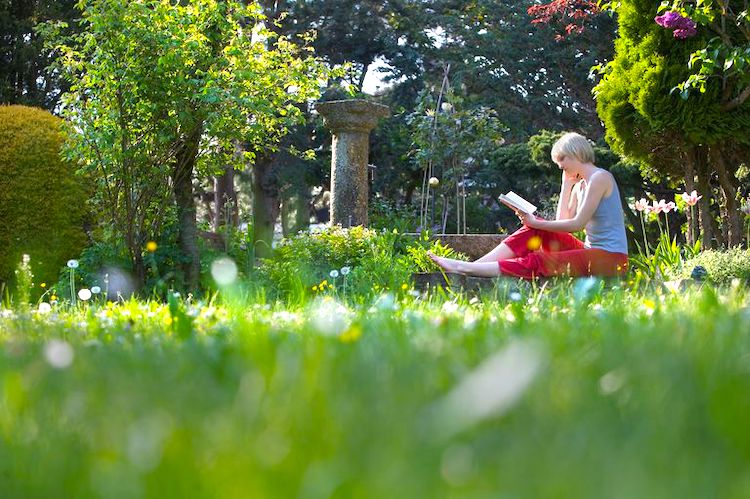 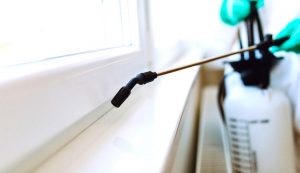 To an untrained eye, it can be difficult to correctly identify the specific type of pest infestation in your home. Luckily, there are pest control experts that have contributed to this guide we have provided below. This comprehensive guide touches on the common household pests that most homeowners encounter in their homes, as well as the diseases these pests carry, and the potential they have to spread disease.

IMPORTANT: We’d be more than happy to provide additional information for specific insect problems that you may be experiencing, if our comprehensive guide does not touch on the subject matter you are searching for you can venture on over to https://greenhomepest.com where you will find in-depth information and species specific insects in the Southwest.

Common Pests That Homeowners Deal With

Mosquitoes are the most common type of pest around the globe, and they carry plenty of diseases. There are different species of mosquitoes (Anopheles, Aedes, Culex) and they are all huge contributors in the spreading of diseases. The specific disease will depend on the species and habitat that they are located in, mosquitos in desert climates carry different diseases than those in rain forests. Here are some of the diseases that mosquitoes in your area could be carrying:

Chikungunya virus is most often associated with causing fevers and joint pain. In 2013, the Chikungunya virus was found for the first time in America. This disease is transmitted to humans through the bide of an Aedes genus mosquitoes.

Mild cases of dengue fever can often be confused for the flu because of the similar symptoms exhibited. Severe cases, however, will result in severe symptoms and cause discomfort and pain. This disease is most commonly transmitted by the bites of Aedes mosquitoes.

Malaria is a common health risk among travellers due to the disease being very widespread in tropical and subtropical regions. The disease is due to the transmission of a parasite through a mosquito bite (Anopheles). This disease causes fever and other flu-like symptoms. If left untreated, the carrier of the disease may develop complications and die as a result.

Cases of the West Nile Virus (WNV) have been documented all the states of America. There are no vaccines or medicines that can effectively treat WNV. About 1 in 150 people infected with WNV will develop serious and possibly lethal symptoms. infection caused by a Flavivirus: the West Nile virus. This virus is transmitted by Culex mosquitoes

While bees aren’t known for spreading disease, they can be problematic for homeowners dealing with infestations. Bees that have built hives on the property, in the attic, or behind the siding of a home can pose a threat to children and pets. Homeowners should exercise caution when dealing with hive removals, and should turn to a professional for the removal of a bee hive on their property. Bee hives can be relocated into areas where the bees can continue to serve a purpose for the environment.

There are many types of flies, which are capable of transmitting diseases. On top of that, flies can cause a conditions where the development of their larvae happens beneath the skin of the infected. The bites of flies are not always felt. Below are some of the diseases that flies can carry:

Loiasis is commonly known as African Eye Worm to most people. This disease can cause pain in the eye and light sensitivity. It may also cause itching and irritation.

This disease is commonly known as river blindness because the flies that transmit them often live by rivers and the symptoms can involve blindness. This disease can result in visual impairment and blindness as well as causing skin diseases.

African Trypanosomiasis is commonly referred to as sleeping sickness. Luckily, this disease has not made its way to the Americas yet. This disease is treatable with medication but can be fatal if left untreated.

Leishmaniasis is a disease that affects the internal organs. This can cause large and noticeable swelling of the organs.

Bed Bugs are pests that can live in a variety of locations in the home. Commonly, they are found under beds, under furniture or in the walls of damp houses. They can transmit Chagas Disease (American Trypanosomiasis).

Many people often do not know that they are carriers of Chagas Disease. This is because that this disease is transmitted by nocturnal insects who are active during the night time. Chagas Disease can be lethal if left untreated.

Lice and fleas are common pests, especially for those with children or pets. They can transmit Bartonellosis as well borreliosis and several types of rikettsiosis. The latter two are commonly transmitted by ticks as well.

This disease may result in fever, rashes and bone pain. It is known as Trench Fever because of the amount of people who got it as a result from body lice during World War 1.

These insects are filthy and should be exterminated at first site of them. Cockroaches have been known to carry and spread harmful bacteria through homes. Some of the more common disease they carry are.

Salmonella infection (salmonellosis) is a common bacterial disease that affects the intestinal tract. Salmonella bacteria typically live in animal and human intestines and are shed through feces. Humans become infected most frequently through contaminated water or food.

Typhoid fever is a serious disease spread by contaminated food and water. Symptoms of typhoid include lasting high fevers, weakness, stomach pains, headache, and loss of appetite. Some patients have constipation, and some have a rash. Internal bleeding and death can occur but are rare.

Cholera is an acute diarrhoeal infection caused by ingestion of food or water contaminated with the bacterium Vibrio cholerae. Cholera remains a global threat to public health and an indicator of inequity and lack of social development. Researchers have estimated that every year, there are roughly 1.3 to 4.0 million cases, and 21 000 to 143 000 deaths worldwide due to cholera.

Gastroenteritis is an inflammation of the lining of the intestines caused by a virus, bacteria or parasites. Viral gastroenteritis is the second most common illness in the U.S. The cause is often a norovirus infection. It spreads through contaminated food or water, and contact with an infected person.

Dysentery is usually spread as a result of poor hygiene. For example, if someone who has dysentery doesn’t wash their hands after using the toilet, anything they touch is at risk.
The infection is also spread through contact with food or water that has been contaminated with fecal matter. Careful hand washing and proper sanitation can help prevent dysentery and keep it from spreading.

Leprosy is an infectious disease that causes severe, disfiguring skin sores and nerve damage in the arms, legs, and skin areas around the body. Leprosy is caused by a slow-growing type of bacteria called Mycobacterium leprae (M. leprae). Leprosy is also known as Hansen’s disease, after the scientist who discovered M. leprae in 1873.

Plague is a disease that affects humans and other mammals. It is caused by the bacterium, Yersinia pestis. Humans usually get plague after being bitten by a rodent flea that is carrying the plague bacterium or by handling an animal infected with plague. Plague is infamous for killing millions of people in Europe during the Middle Ages.

Ticks are another common pest, especially for those with pets. Tick bites result from being in contact with grassland. Luckily, ticks do not start feeding until 12 to 24 hours after they have implanted themselves (they will implant themselves in major skin folds such as armpits or groins). The risk of infection is low if they are removed quickly. They are hosts of a lot of diseases:

Carriers of Lyme Disease will exhibit flu-like symptoms such as fever and fatigue. They will also experience a characteristic skin rash known as Erythema Migrans. Lyme Disease can spread to the joints, heart and nervous system if the disease is left untreated.

The symptoms of TBE are often unspecific but resemble flu-like symptoms. The disease goes into remission at approximately 8 days but 20-30% of patients go through a second phase of the disease at this time, with symptoms affecting the central nervous system.

CCHF is a deadly illness. Onset of the disease is sudden and carrier display flu-like symptoms and more serious symptoms in severe cases (jaundice, changes in sensory perception, etc). Fatality rates from patients in hospitals have ranged from 9% to as high as 50%.

Carriers of Q Fever will develop flu like symptoms. Q Fever in pregnant women may result in miscarriages. Serious cases of Q Fever (known as Chronic Q Fever) can be lethal.

TBSF’s consist of a number of diseases caused by the transmission of the Rickettsia bacteria by ticks. These TBSF’s will start wil flu-like symptoms but will eventually lead to life threatening and lethal complications if left untreated.

Rats and mice are the most common rodent pests that infest homes. They often live in hollow spaces inside or underneath the home. These rodents are carriers and transmitters of a large number of deadly diseases. These are some of the diseases commonly transmitted by rats/mice:

HPS is transmitted in one of three ways: HPS can be inhaled through the remnants of contaminated rat droppings, through direct contact with rat droppings or as a result from a rat bite. Victims of this disease can experience difficulty breathing and other flu like symptoms. This disease can be lethal if not treated. The CDC reported that since 1993, 406 cases of HPS were reported and, of those cases, 36% were fatal.

Rat-bite Fever is commonly transmitted through rat bites but can also be contracted through contact with a dead rat of through contaminated water. Carriers will display flu-like symptoms that could be lethal if untreated.

Salmonellosis is an bacterial infection of the Salmonella type. It is transmitted through contaminated food or water. Disease can be lethal if left untreated. Symptoms for the disease are fevers, headaches and stomach cramps.

Rats are the most common carriers of the plague. The disease itself is commonly transmitted through fleas who have fed on rats and then bit humans. This disease is very lethal if left untreated.

Why You Need a Professional Pest Control Services

As you can see from our guide above, even the most common and seemingly harmless pests can, in fact, carry deadly diseases. For the safety for yourself and your loved ones, we highly recommend calling in a professional if you suspect a pest infestation. Many people attempt to take care of their pest infestations by themselves, not aware of the consequences. For example, the deadly Hantavirus Pulmonary Syndrome virus can still be present in the home long after the rat problem has been dealt with. There are many pest control companies out there that offer treatment services, but beware of gimmicks. A professional pest control company will not only address the immediate pest problem, but will also ensure a safe and sanitary environment afterwards. Certified pest control technicians should be properly trained to remove any strain of disease from your homes so that you and your family can rest easy and peacefully. 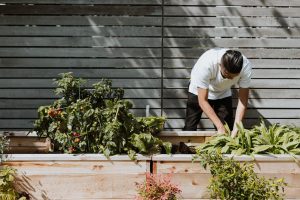